Another Quality, Hands-On Training from Tony Laidig & Charles Perkins...
This Special Offer Ends In...
countdown
00Hours00Minutes00Seconds
“Finally...Here Is How You Can Cash in on the Explosive Growth of Table-Top Games...”
By Sharing Your Creativity, Insights, Learning & More With Others...Through Game Design!
From the Desk of Tony Laidig & Charles Perkins...
RE: Getting your game on...
You might think that in today's world the only things related to Gaming have to do with electronic devices like gaming consoles, or mobile phones, but there is a surprising trend that has emerged over the last few years that departs technology from the aspect of having fun with family and friends, and is in favor of a much simpler way to be entertained...playing table-top games.
And while you wouldn't expect that a zero-tech game whose origins go back to the 9th century AD would even be as popular today as they were before the take-over of technology, the exact opposite is true. Table-top games have dominated Kickstarter with more pledges than any other category (over $500 million) and have been been growing at a steady 50+% each year. Even in big box retail, this category is at the top of the heap with the greatest growth out of ANY other related category!
“Games Are Introduced to Us From Our Earliest Age...”
When we think of table-top games, it's likely that the first idea that comes to mind is “Go Fish,” “Monopoly” or “Candyland.” But these games take on a MUCH broader appeal than a few simple games we grew up with. Strategy games like Chess and Tic-Tac-Toe have been and are being used to teach children the fundamentals of thinking through step-by-step processes, anticipating social reaction, and MUCH more. Balancing Games like Jenga, or Suspend teach patience and concentration. Card Games like Poker, or Spades teach mathematics and cooperation. Speed-play Games like Jacks, or Tenzi help develop hand-eye coordination and focus. And that's not even talking about the games we play outside!... There are a LOT of them.
Party Games like “Cards Against Humanity,” “Exploding Kittens” and “Joking Hazard” show up at many late-night gatherings and parties. RPG Games like “Magic: The Gathering,” “Settlers of Catan” and “Dungeons & Dragons” have been popular for decades among teens and adults alike. Even children's games like “Chutes & Ladders,” “Connect 4” and “Sorry!” are as popular as ever! Who would have guessed that these games would continue to outpace ANY other type of toy to the tune of $2 Billion dollars a year and growing!
“But Creating Table-Top Games Is Hard, Right?”
Just like EVERY OTHER major product market, table-top gaming products are experiencing a renaissance due to new technology and changing production techniques. It used to be that table-top gaming creation required making a board or cards from scratch, but now you can have your game pieces created by many services right here online!
Today, you can easily have your games produced with “store bought” professional-looking quality very reasonably!
And because of that, ANYONE...yes, even you...can produce these products that compete with major manufacturers. As a matter of fact, MANY of today's most popular games and card-related products were created by everyday people, just like you and me...NOT big publishers.
“But Can You Make Money from Table-top Games?”
In 2015, “Exploding Kittens” was funded on Kickstarter to the tune of $8.8 million dollars! The popular 2017 game, “Kingdom Death: Monster 1.5” saw a whopping $12.3 million come through its Kickstarter campaign. “The 7th Continent” brought in $6.8 million as well. Those are just three examples of hundreds! There is no way I can predict that YOU can create the next “Exploding Kittens” game, but imagine creating a game that generated even 1% of nearly $9 million dollars...I think you'll agree that making $88K from a simple game would be a WIN!
“I have NO Idea Where to Even Begin!”
At first, I didn't either. I loved to play card games, board games, etc. but never created my own and had no clue what was even possible. All that changed with a conversation I had with my son-in-law. I had been doing a LOT of research on table-top games. I had a few ideas but didn't know how to develop them. What I didn't know about Charles was that he created several games and is currently even now working on a new one called, “Ominous Monastery”, which is a strategy RPG game primarily using Dice.
We talked about game mechanics and play value. I shared design insights and production resources. And that conversation led to our first game, “Dinosaur Springs, The Card Game.” Within a few weeks, I began designing a new card game, “Acronymity,” an animal-based Flash Card set and Inspirational Cards based on my photographs, and Charles has completed his first card game that will be going up on Kickstarter very soon called "Castorum", which was featured in our last course Card Deck Creator. And you know what? It hasn't slowed at all.
“Some of Our Own Games...” 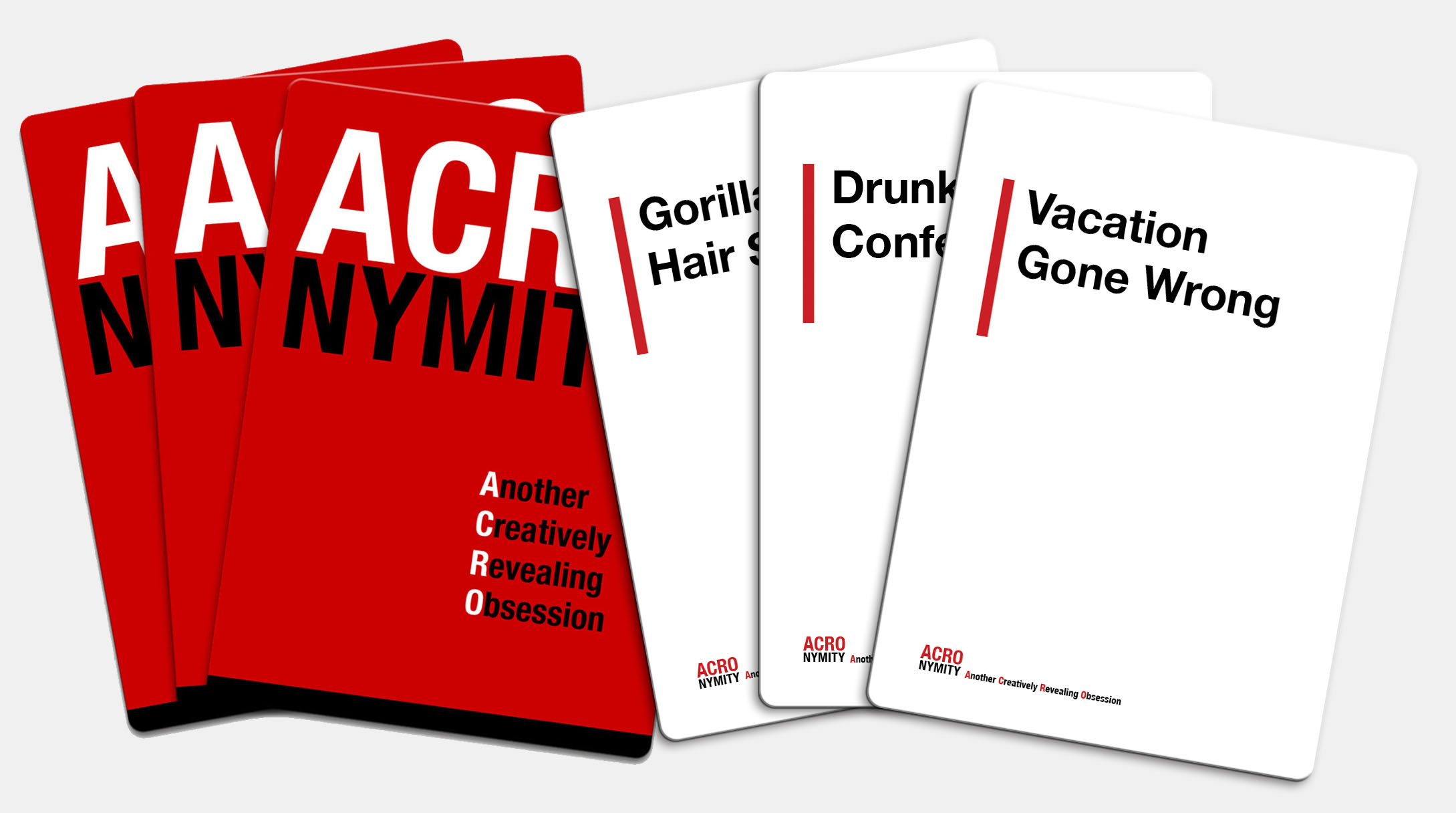 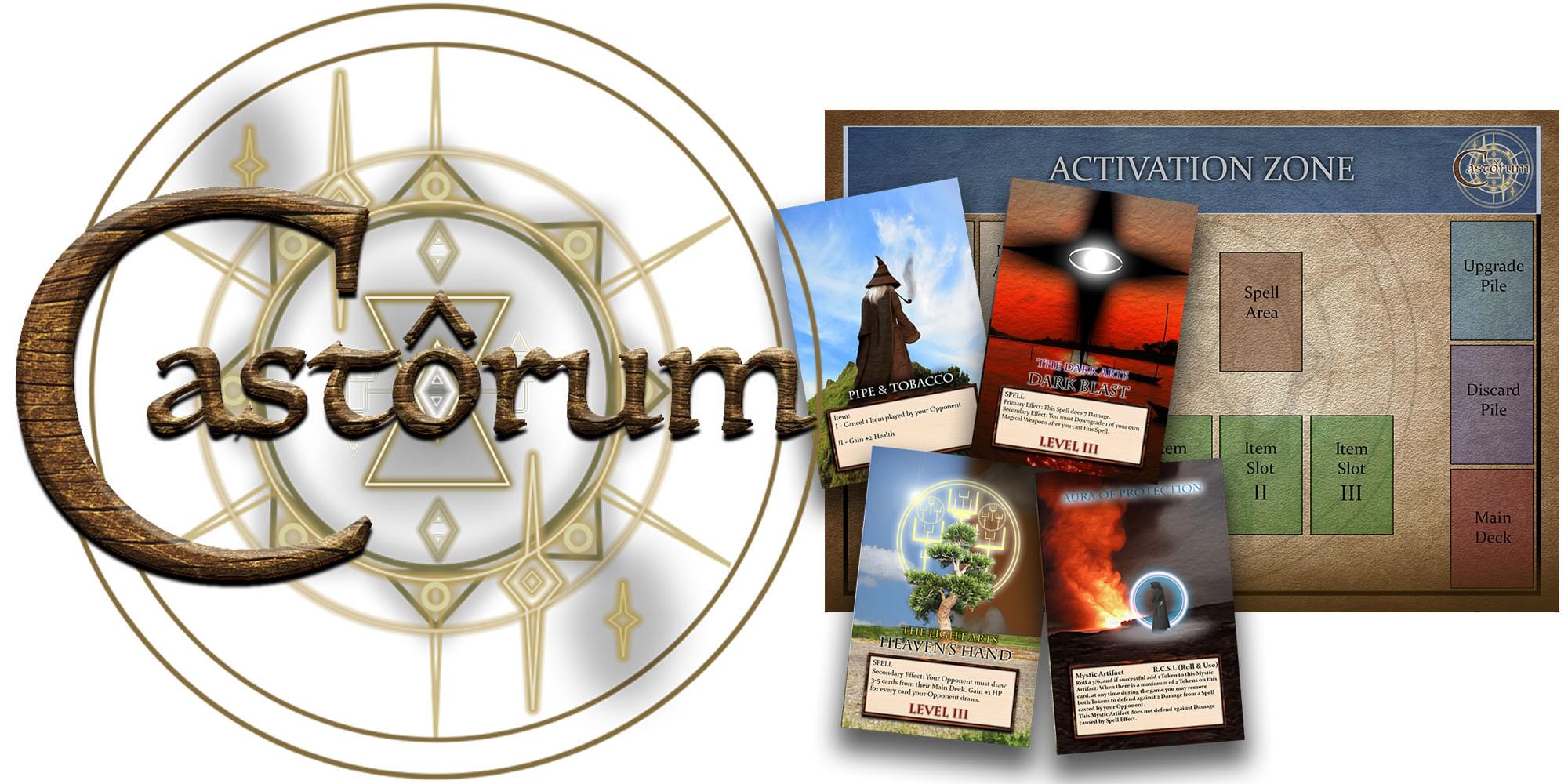 I knew that it was likely many others might want to create games of any kind...perhaps you...so I invited Charles to join me once again in sharing our knowledge and insights into Game creation in a brand-new course titled, “Creative Game Design.”

“In ‘Creative Game Design’ You Will Discover...”
Join us as we peel back the curtains to share our own real-world experiences with you to help you successfully develop your OWN Game-based products. We will be revealing what many game developers would never share...the behind-the-scenes insights for creating all types of table-top games.
The Investment...
“Creative Game Design” was taught LIVE as an in-depth, beginner-friendly 6-Module Course. As we introduce you to our best strategies and insights for game development, you will benefit from the 100's of hours (literally) we've poured into our own game and card development. That kind of education alone is worth thousands of dollars in time and money spent. The great news is that, because we've chosen to invest our own time and energy into perfecting these processes, you don't have to. You can literally access the hard-won wisdom and insights we've gained from months of development for a fraction of its value!
So instead of paying $997 for this training, or even $497 (it's worth every penny), we are offering live access to all eight modules at the introductory price of just $297 $197! That's MUCH less than what just the design module is worth considering I charged (and got) $1,500 for a single book cover in my design business! Add to that Charles’ game mechanics wisdom and the Kickstarter strategies and, well, you can easily see the deal we're offering...but ONLY for a limited time and as an introductory offer.
Here is what “Creative Game Design” Includes:

Secure payments through Paypal...
NOTE: Due to the nature of the training and the proprietary
information shared in this course, there will be NO REFUNDS!
Creative Game Design © 2019 - Expert Media Group, LLC.
Privacy - Disclaimer - Terms - Legal Rights - Contact